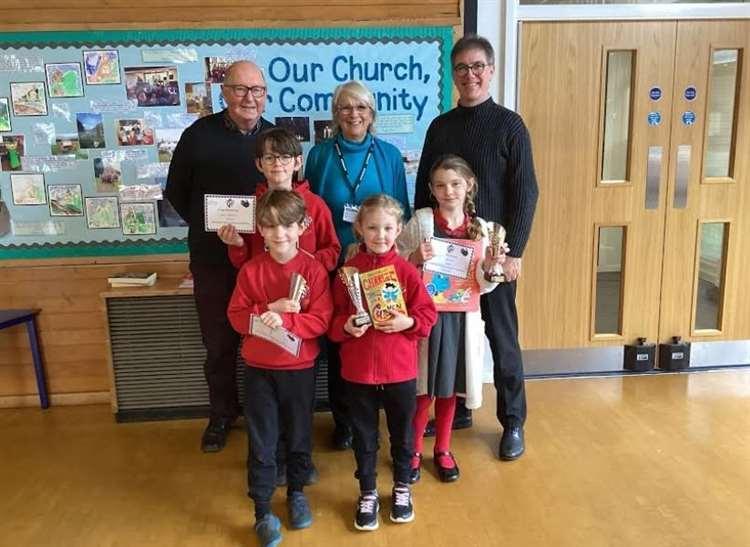 Young orators recited poetry they had learned off by heart in front of their classmates as part of a contest.

Having looked for a poetry competition and found many geared towards secondary schools only, Archbishop Cranmer Church of England Academy, Aslockton, launched its own in 2017. It is called Off By Heart Poetry — a recital competition.

The school’s head, Melanie Stevens, said: “It is a fantastic opportunity for the children in all year groups to develop independence and confidence while learning a whole range of poems in different ways.

"It has proven health benefits and we believe a challenge which is both serious and fun — as the phrase learning by heart implies, it makes it precious.”  All the pupils learned one poem.

They had six weeks to learn their chosen piece at home and then recited them in their respective classes.

Two winning entries from each year group went through to the grand final.

Mrs Stevens said, “Children could be as creative as they liked to bring their poems alive by using props, drama — anything went.

"Learning by heart is a wonderful thing. Especially wonderful when it comes to remember poems which have the delightful advantage of being organised in ways, involving rhythm and rhyme which make learning them easy.”

A judge and governor, the former Under Sheriff in Derbyshire and Nottinghamshire, Richard Bullock, recited The Lion And Albert from memory to the delight of the assembled children.

Aslockton pupils show their colours in support of Ukraine

Children at Archbishop Cranmer Church of England Primary Academy in Aslockton supported the people of Ukraine alongside the fundraising for Red Nose Day.

Children could choose to wear yellow or blue along with their red noses. 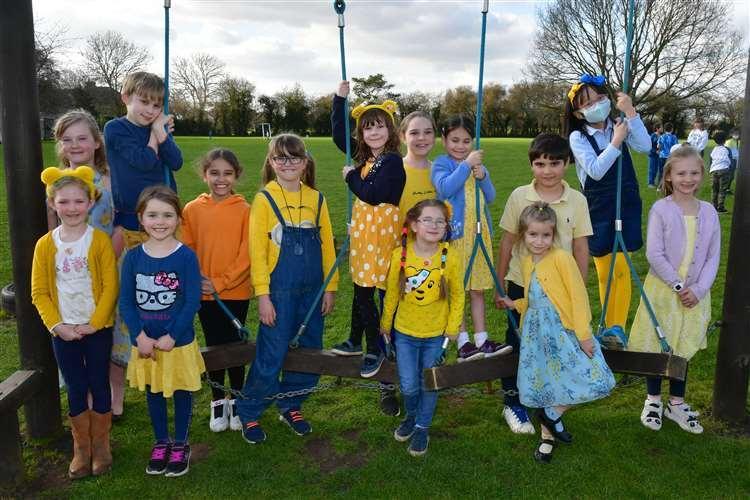 Comic Relief donations were collected in school by the pupil parliament and parents/carers were directed to make online donations to provide aid to children and families in Ukraine.

One member of pupil parliament said: "We are a Take Care school and really hope we can help make a difference by supporting both charities. We are already looking at other ways we can help war refugees later this term."

Stop the war in Ukraine

9 Year old Dexter has independently written to Putin in an attempt to stop the war in Ukraine. Dexter, who is currently undertaking the Archbishop of York Young Leaders awards, said, "If I didn't, who else will?" He is filling us with Hope and Aspiration in being the change he wants to see. 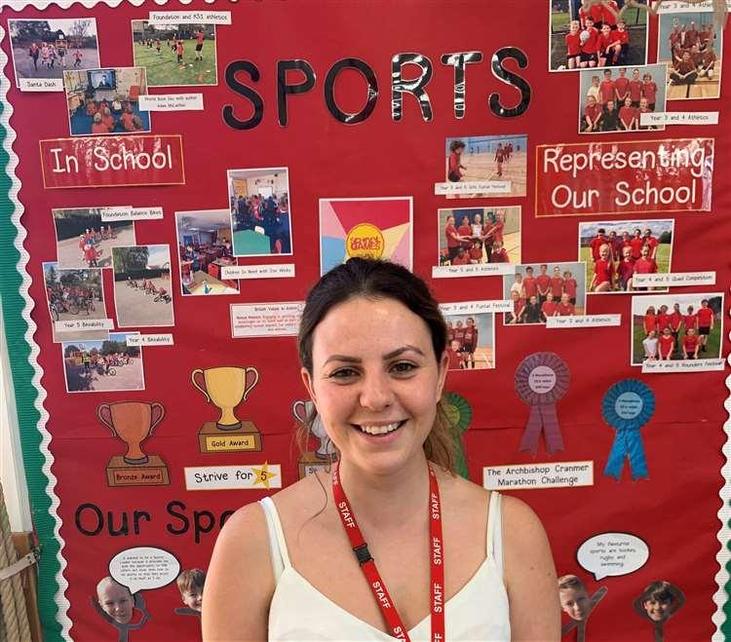 Our Outdoor Library Hot Off The Press 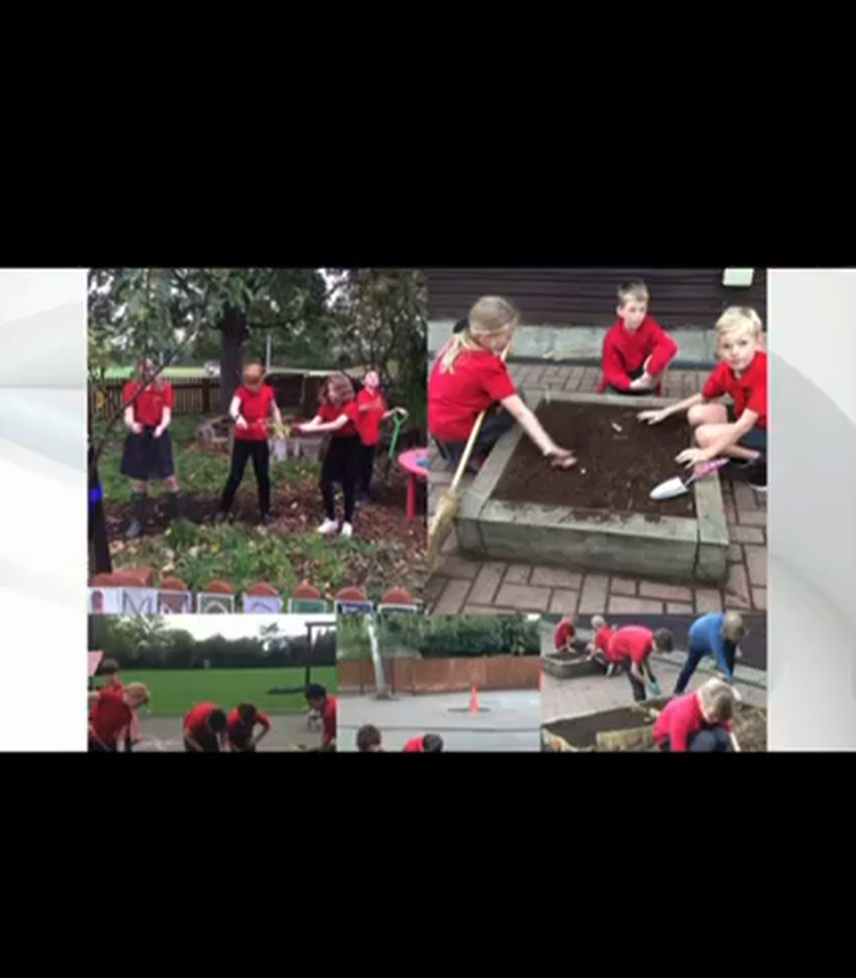 We featured in the news as we have been recognised for all the planting we do, our sustainability and our learning that takes place in our outdoor area. We are a Take Care school and part of that is taking care of our environment. 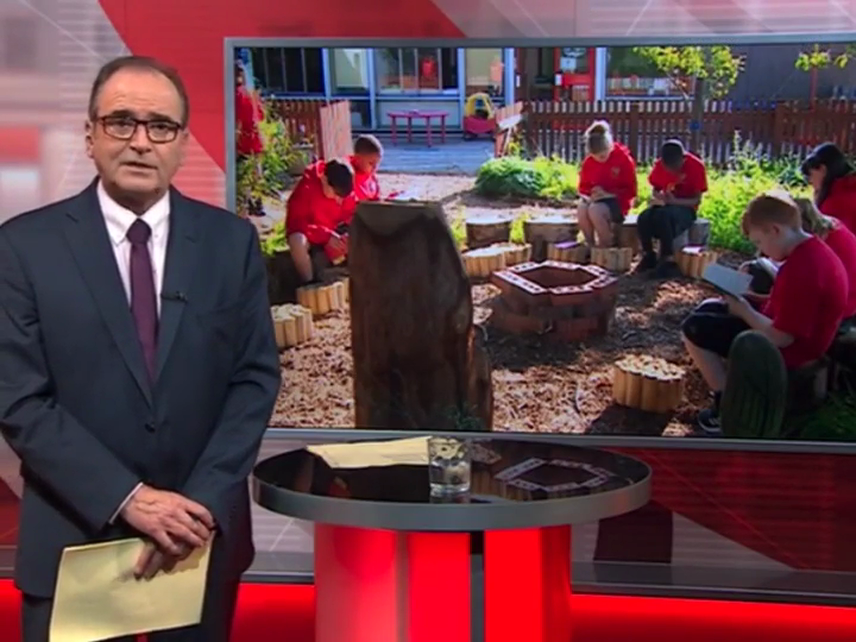 We featured on BBC News about our wonderful outdoor project during lockdown which brought the local community together and transformed our outside learning area into a truly amazing environmental space.

Newspaper coverage of our amazing event 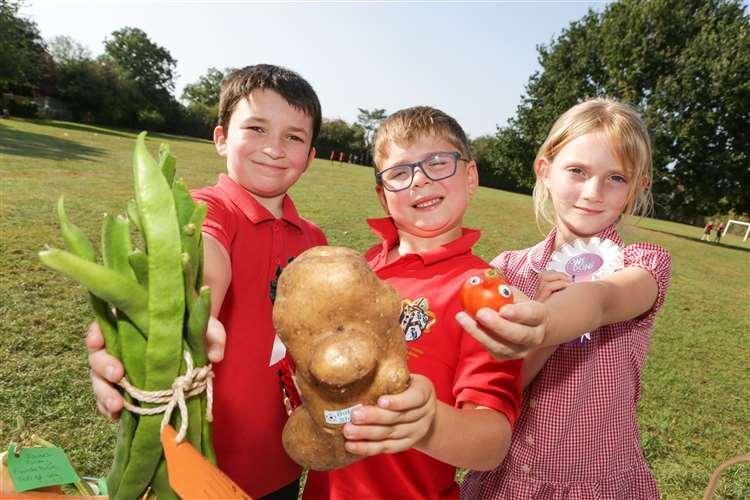 ITV news coverage of our  Horticultural Show, including interviews with pupils Kitty Fox and Michael Odiase can be seen here. 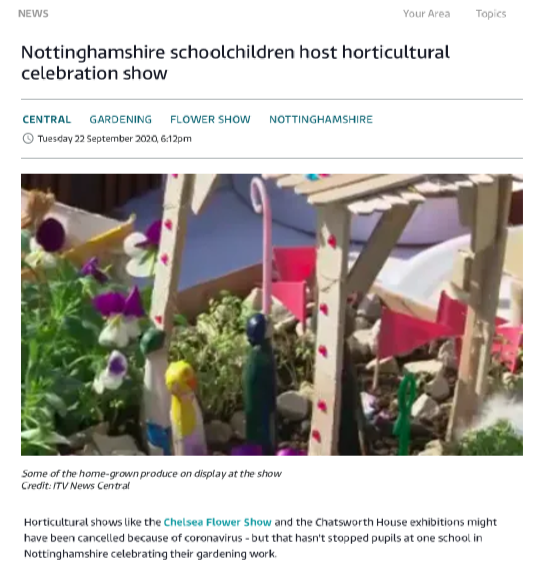 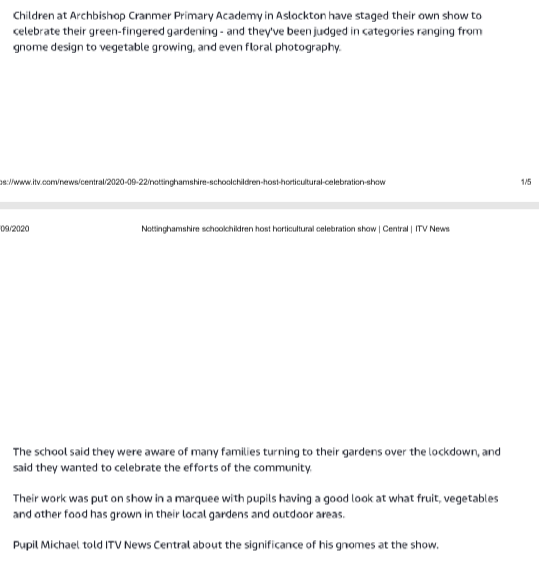 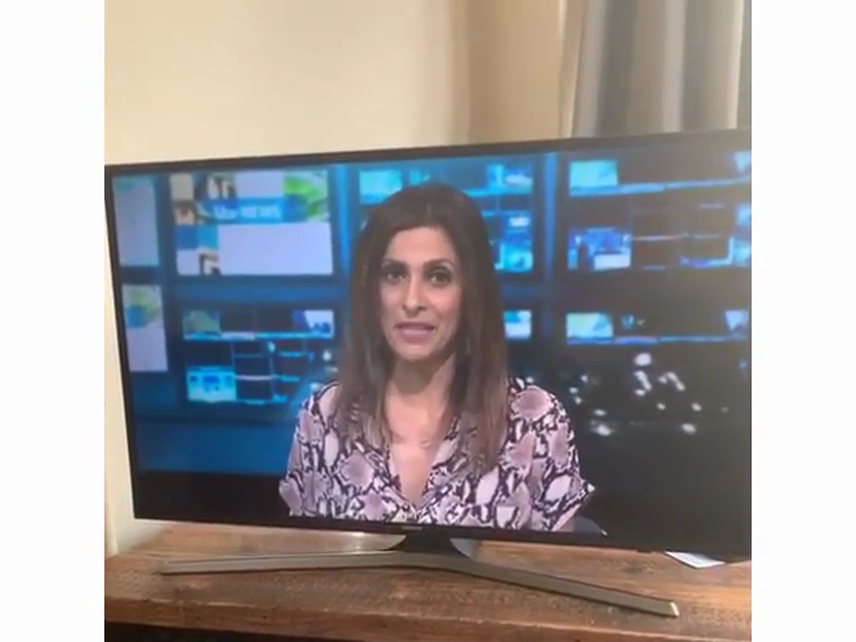 Read All About Us! 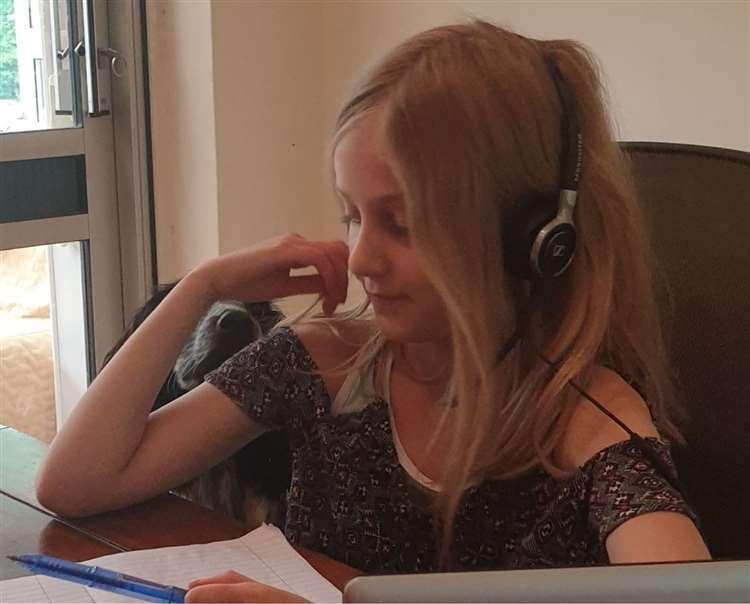 A schoolgirl has won a national writing competition.

Lucy Moxey, of Aslockton, won a national competition organised by Virgin Radio, which encouraged children to submit 500-word pieces with the theme being the Black Lives Matter (BLM) movement.

Lucy attends Archbishop Cranmer Academy in Aslockton, and was among more than 6,000 entries from children across the country.

Aged just ten, Lucy won the older age category of the competition against children up to the age of 13.

Peter Bearne, having filmed Lucy for ITV, tweeted his thoughts about Lucy's story. 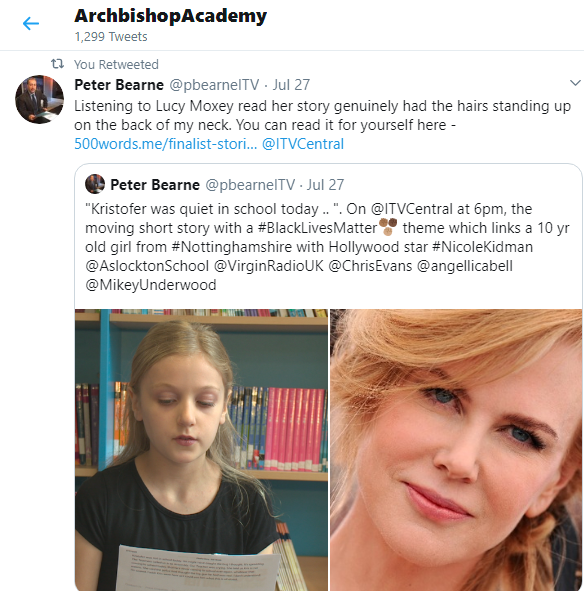 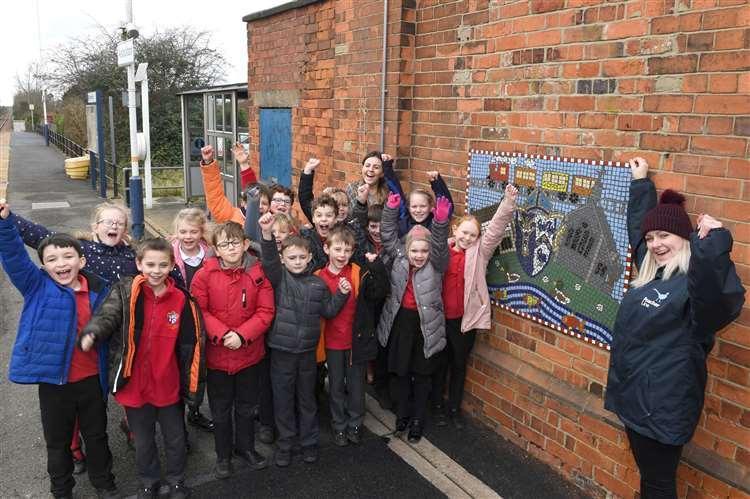 Year four pupils at Archbishop Cranmer Church of England Primary Academy enjoyed a trip to Aslockton Station where a mosaic plaque of their work was unveiled.

It followed partnership work between the school and Community Rail, which works with residents of rural areas in a bid to improve stations.

Mel Stevens, head of Archbishop Cranmer, said the school was a long-term partner of the railway station and was currently taking part in a six-week safety course.She said it was part of a plan to support the community.

She said she led the group on a tour of the village to learn about the history of the area, before starting on the plaque.

Each pupil created their own design and the final outcome was sent to a professional artists, who added the finishing touches. Kaye said it was important the children were aware of rail safety and the history of the train line, which runs through the middle of the village.

The children also visited Nottingham Station as part of their safety lesson. “Some had never been on a train before, so to see their eyes light up was great,” said Kaye. “They were all so involved and thought about what they wanted to do with their designs.

“It was a pleasure to work with them.”

Parents were invited to join children for a special Valentine’s Day lunch at their school.

Parents filled the hall of Archbishop Cranmer Church of England Primary Academy, Aslockton, to join their children for a nostalgic Valentine’s Day’s lunch.

The school’s head, Mrs Melanie Stevens, said: “One of the values that underpins our school is love, and this event is living out our values and showing love and care for one another.”

Featured for our courageous advocacy: we organised a fun run for the Children's Hospital Big Appeal 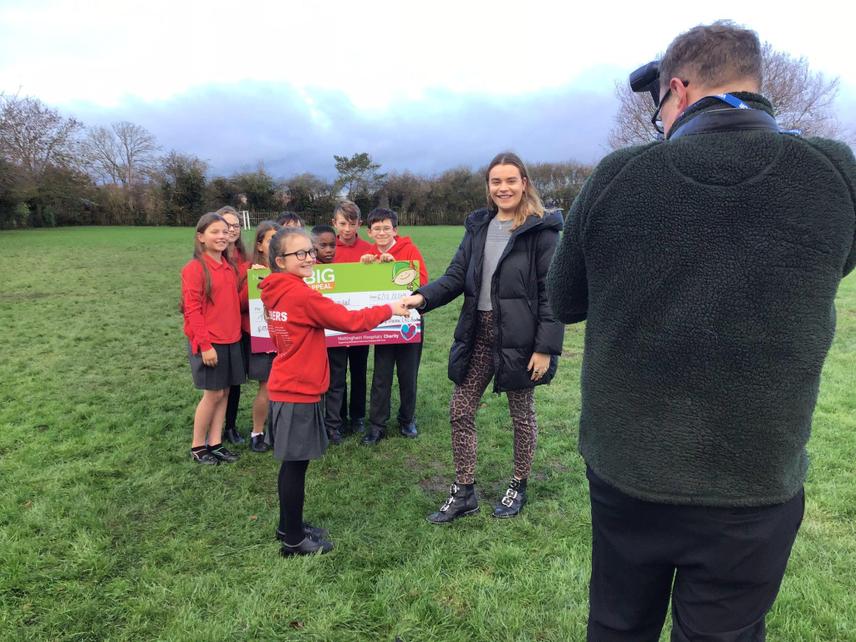 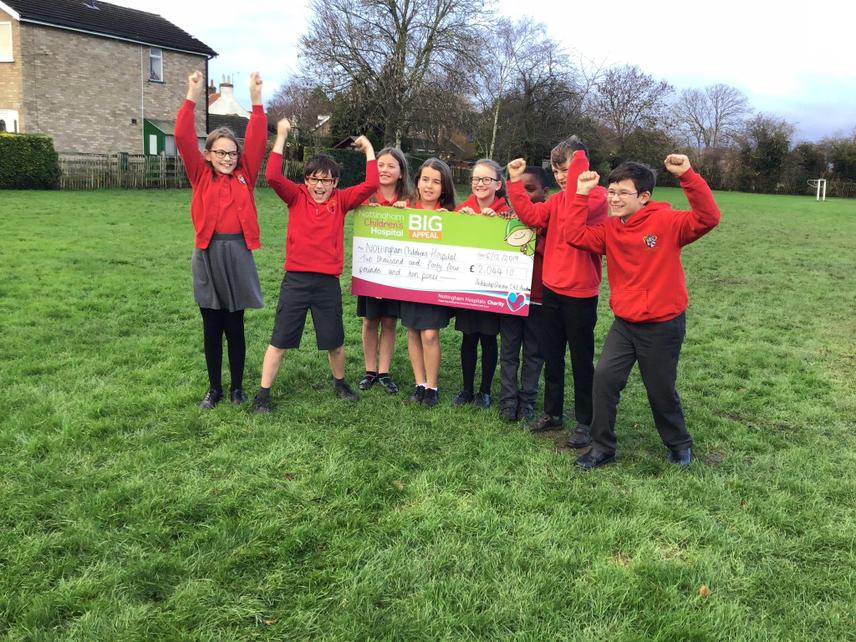 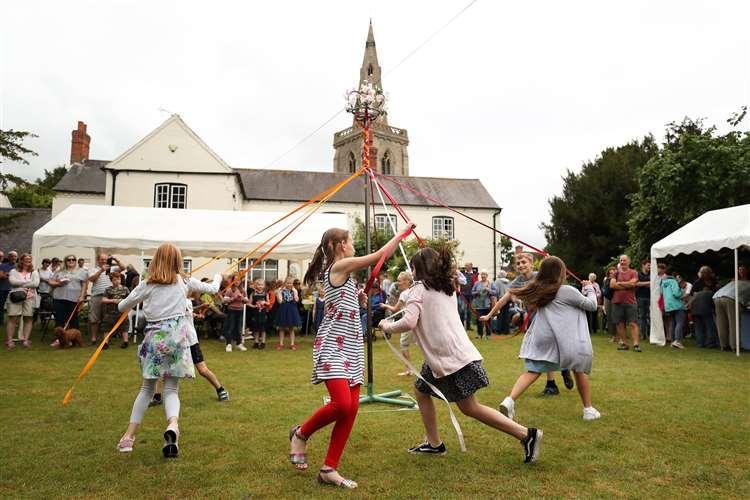 May 2019     Archbishop Cranmer Church of England Academy, Aslockton, adds a splash of colour!

With community engagement at the core of the school, this project brought teachers, students, parents and a local business together around a common goal and the result is a sustainable planted area at the front of school, a connected community and a team of children who are keen to maintain this successful garden.... 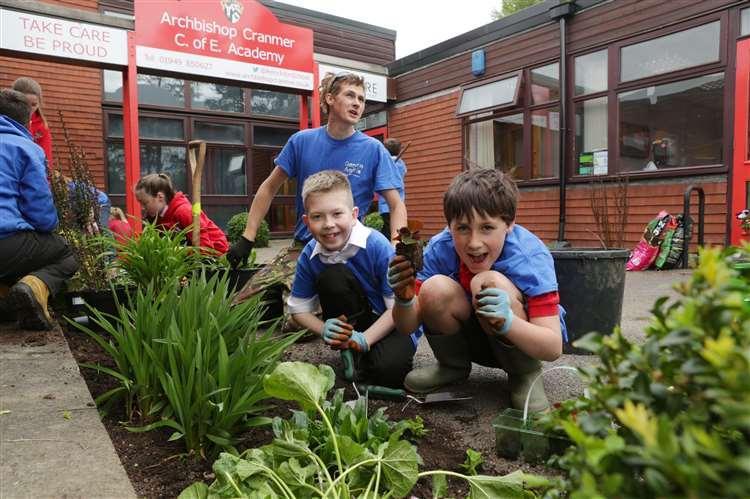 April 2019 Poetry Recitals Judeged by the Mayor of Rushcliffe. 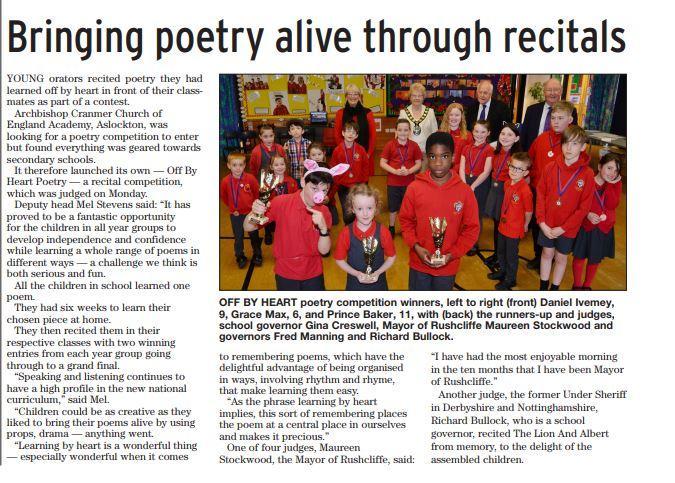 They were one of two schools in Nottinghamshire that made the list. 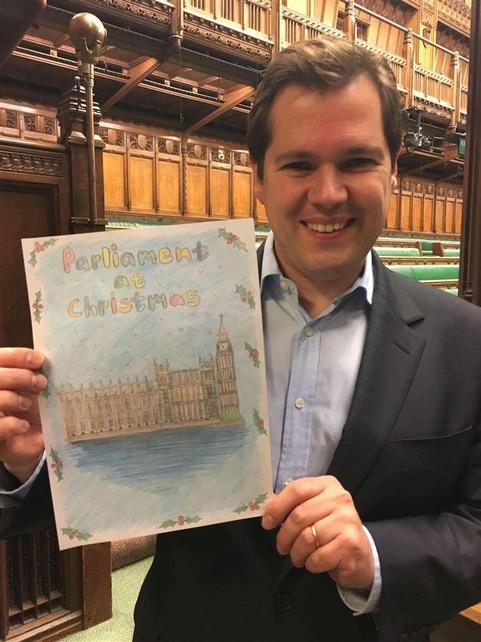 An MP’s annual competition to design his official Parliamentary Christmas card attracted a bumper number of entries this year.

Robert Jenrick wrote to every primary school in his Newark and Bingham constituency and received hundreds of entries in return.

The winner from those hundreds of entries was ten-year-old Felix Hornby who attends Archbishop Cranmer Church of England Primary Academy, Aslockton. 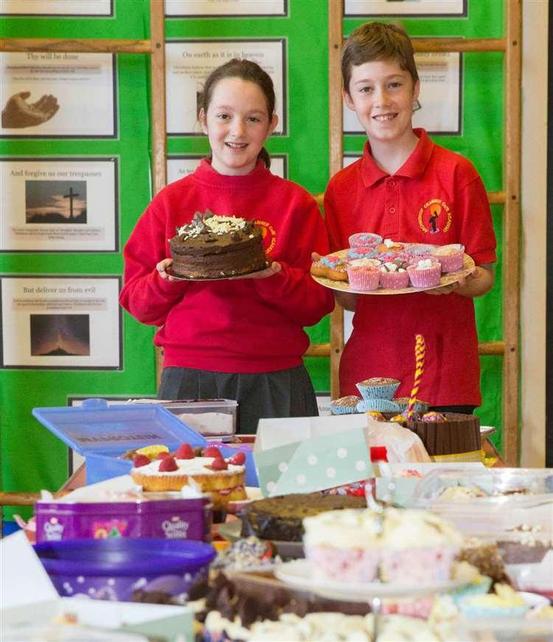 Ella White, 9, and her brother, Alfie, 11, who organised a bake-off in aid of Stand Up To Cancer.https://www.newarkadvertiser.co.uk/news/siblings-organise-bake-off-fundraiser-9042947/ 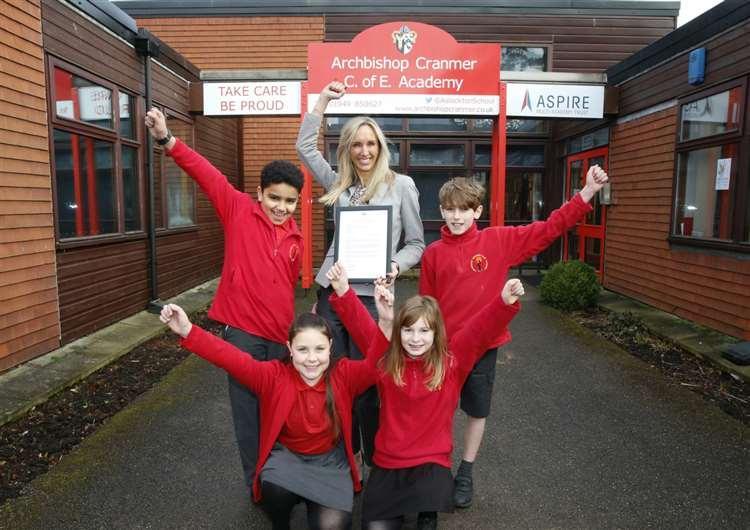 Proud to be leading the way in reading and maths

A Government minister has congratulated a primary school after its results put it in the top 1% of schools nationally for reading and maths.

All pupils at Archbishop Cranmer Church of England Primary Academy, who sat end-of-school exams in reading and maths last year reached or exceeded the expected standard.