Who was Archbishop Cranmer?

Thomas Cranmer was Archbishop of Canterbury from 1533 - 1556 and a leader of the English Reformation who was responsible for establishing the basic structures of the Church of England.

Thomas Cranmer was born on 2nd July 1489 in Aslockton, Nottinghamshire, England. He lived in Aslockton until he was 14 years old and worshipped at the Church of St. John of Beverley in Whatton, the neighbouring village to Aslockton.

After leaving Cambridge for Essex, Thomas Cranmer met King Henry VIII and became a willing advocate for his divorce from Catherine of Aragon. Cranmer argued the case as part of the embassy to Rome in 1530, and in 1532 became ambassador to Holy Roman Emperor Charles V.

In 1533 Thomas Cranmer became the Archbishop of Canterbury and declared Henry's marriage to Catherine void, and four months later married him to Anne Boleyn. With Thomas Cromwell, he supported the translation of the bible into English. In 1545, he wrote a litany that is still used in the church today.

Under the reign of Edward VI, Cranmer was allowed to make the doctrinal changes he thought necessary to the church. In 1549, he helped complete the book of common prayer.

After Edward VI's death, Cranmer supported Lady Jane Grey as successor. Her nine-day reign was followed by the Roman Catholic Mary I, who tried him for treason. After a long trial and imprisonment, he was forced to proclaim to the public his error in the support of Protestantism, an act designed to discourage followers of the religion. Despite this, Cranmer was sentenced to be burnt to death in Oxford on 21 March 1556. He dramatically stuck his right hand, with which he had signed his recantation, into the fire first.

Pride in Our Badge

At Archbishop Cranmer C of E Academy, we believe in the importance of our pupils recognising the significance of our school's name and badge. The children learn about Thomas Cranmer as an important historical figure through Collective Worship, Religious Education teaching and learning and across the curriculum, with clear links to our community and village heritage.

In Key Stage One, during their topic 'Amazing Aslockton', the children learn about the significance of Thomas Cranmer on our village; identifying links within the names of streets, buildings and points of interest, such as Cranmer Mound. The children learn about Thomas Cranmer's history, and write fact files based on their learning. Children also engage in a local walk around the village, to retrace Cranmer's footsteps, following the path in which he walked to worship at St John of Beverley Church in Whatton. Engaging in such activities supports the children in developing an understanding of the significance behind the name of their school, and to begin to understand the pride they have in wearing the Cranmer coat of arms on their uniforms each day. 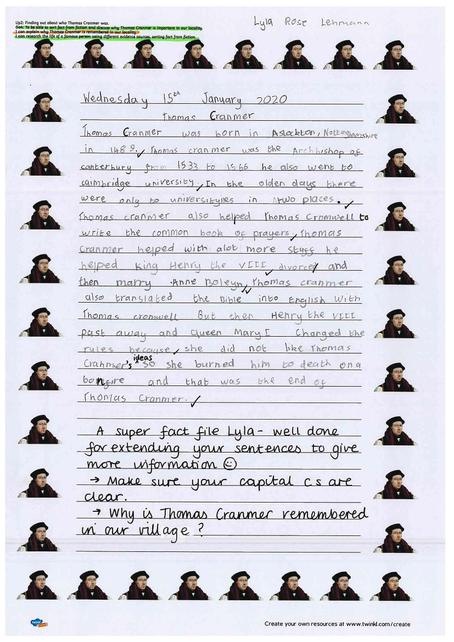 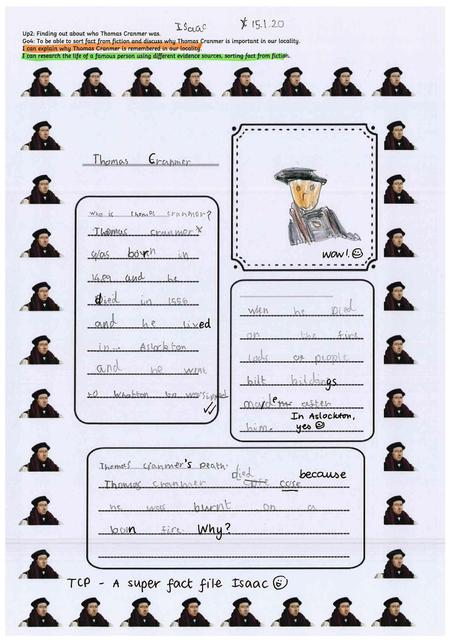 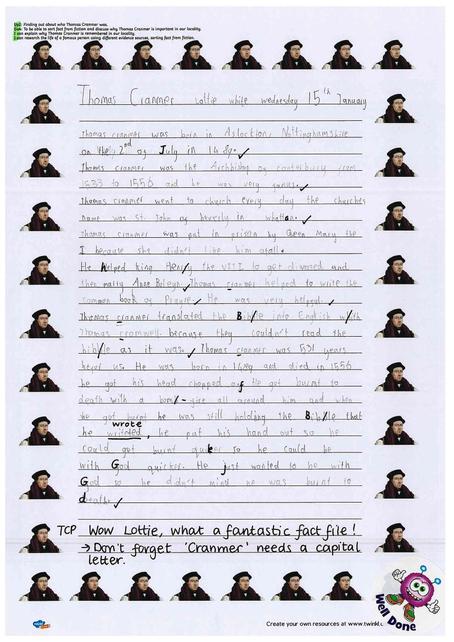 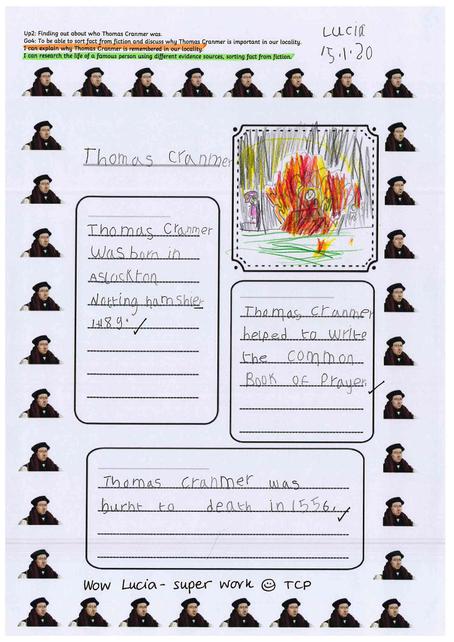